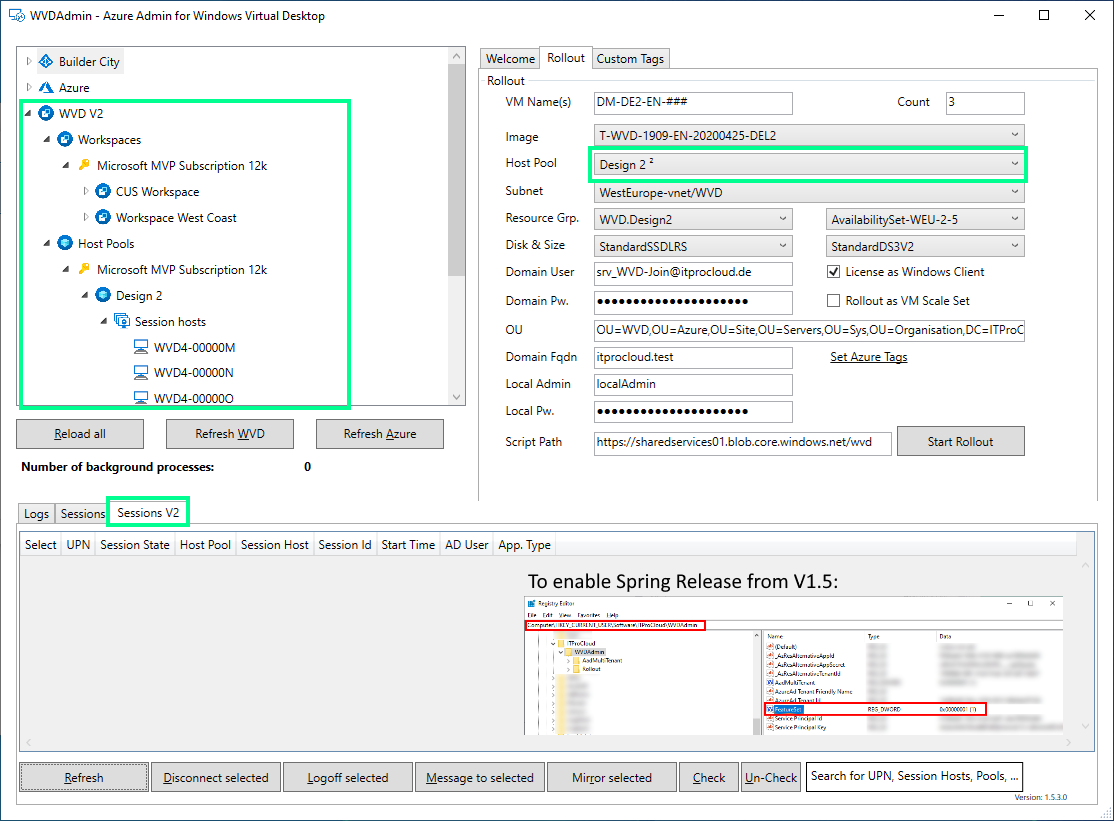 Azure Windows Virtual Desktop - Spring Release / Spring Update goes public today. I’m tremendously happy about that while this is the next big step that we have eagerly awaited.

The spring release gives us some feature and changes that make it even easier to deploy apps and desktops to users:

Even the administration of WVD/AVD was missing before. This was one reason to build WVDAdmin. I was often asked in the past if WVDAdmin will be unnecessary after the spring release of WVD. My answer: Sure, for the administration, WVDAdmin will not be that important anymore, but some features still add value. That’s why I decided months ago to develop WVDAdmin further and also prepare it for the “Spring Release”. So I am proud to announce that WVDAdmin is ready for the Spring Release starting with the already available version 1.5.

To enable the Spring Release feature set a registry key (the current version will have this enabled by default):

If you restart WVDAdmin you will see the new note “WVD V2” which displays your resources in the Spring Release. Please make sure that your service principal has the right permission to create and administrate your resources (the sp needs owner permission to the resource group containing your host pool, app groups, … to assign users and groups).

But what can you do with WVDAdmin compared to the portal integration? You can (e.g.):

From an architectural perspective, the “Spring Update” is really close to the previews release. But there are a few differences:

Check out my video rolling out session hosts from an existing WVD/AVD image into the spring update (sorry for the bad sound - I will change this later):

And get additional information from Freek Berson