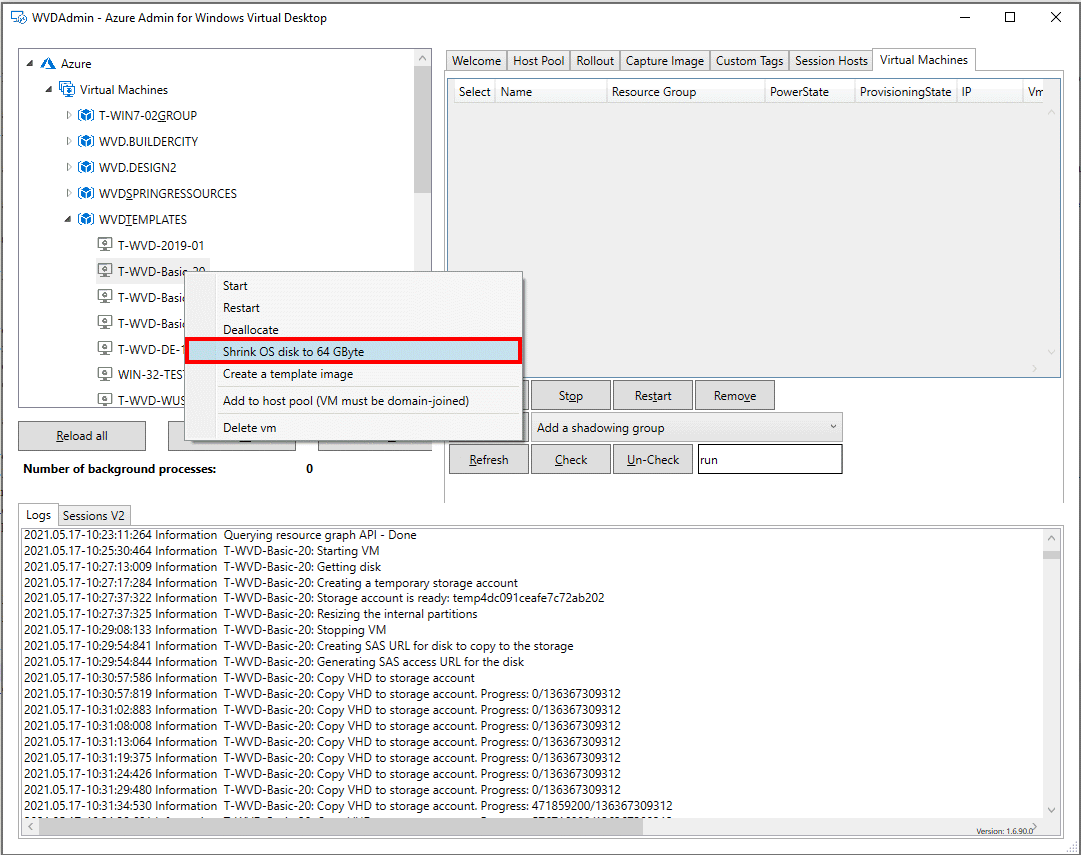 A Windows 10 image from the marketplace has a size of 128 Gbyte. So, all of your VM based on that image are deployed with a 128 Gbyte disk - even a “Golden Master” - typically used to build Azure Windows Virtual Desktop images. A clean Windows installation has a size of less than 40 Gbyte, and a 64 Gbyte OS disk is usually sufficient - even if FSLogix is used to store personal data.

My favorite is the ephemeral disk approach for some environments because this offers high performance for a low price and often fits Windows Virtual Desktop.

The challenge is to resize the Golden Master. There are some good posts about doing that, but it’s not easy and needs many different steps. Therefore, I added this as a feature in WVDAdmin from the release of today. So feel free to resize your Golden Master to 64 Gbyte, grab an image and deploy smaller session hosts - may be as ephemeral with #WVDAdmin / #AVDAdmin

I recommend making a snapshot first and keep in mind that the process takes a while (between 20 and 60 minutes). But you only have to do it once.

What happens in the background:

Site node: How to use ephemeral VMs in a very cool way?

I’m currently working on the following solution called “Project Hydra” to managed WVD. In addition, I added an “Autoscale” feature that is going hand-in-hand with Microsoft’s “Power-on-Connect”:

Preqersits to shrink a disk:

Check out the newest version of #WVDAdmin / #AVDAdmin and check a short demo video about resizing a disk on YouTube (external Link).