Deploy a node.js script in seconds to an Azure Web App with git and run it server-less 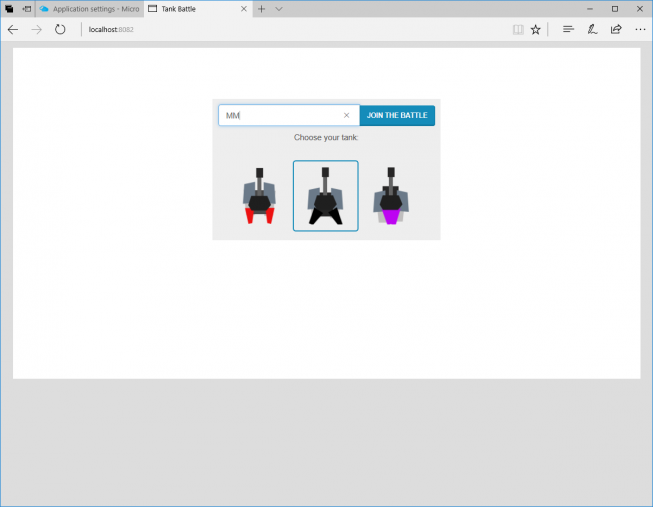 Deploy a node.js script in seconds to an Azure Web App with git and run it server-less

In customer projects, I sometimes develop small applications to collect and process data from different data sources or to offer a web interface. In any case, I try to avoid rolling out a VM to run these apps. I strictly prefer using Platform-as-a-Service and it works nearly 100% if I use an Azure Web App or Azure Functions.

The advantages are obvious:

In this post, I will describe how easy it is to deploy a node.js application with git to an Azure Web App. To make it more comprehensible I will describe it with a node.js game called “tanks” from @darthrubens. Tanks is a multi-player game developed in node.js.

Later in this post we will need a few tools to test the game locally and to upload it to an Azure Web App.

Create an Azure Web App in the Azure Portal with an App service plan (or use an existing one): 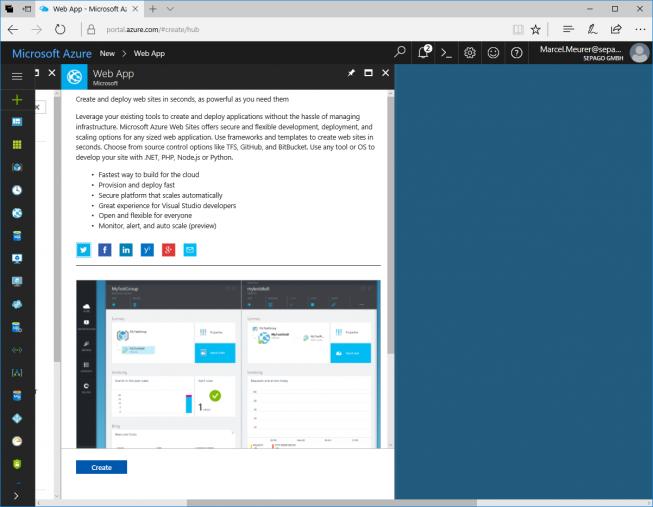 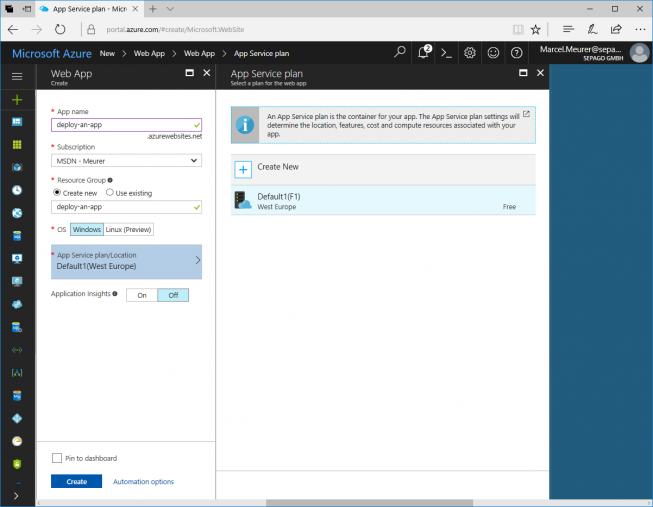 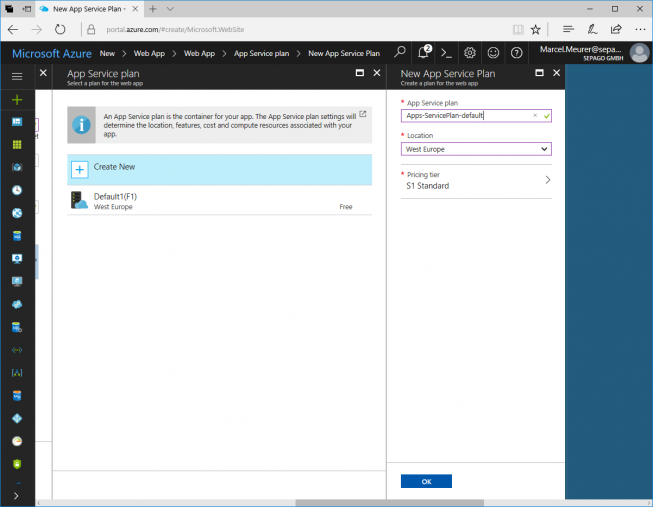 Use at least a standard pricing tier to enable apps to run permanently. 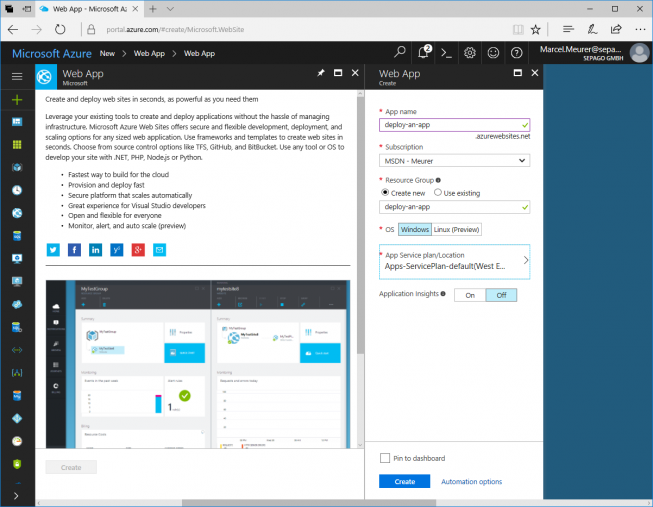 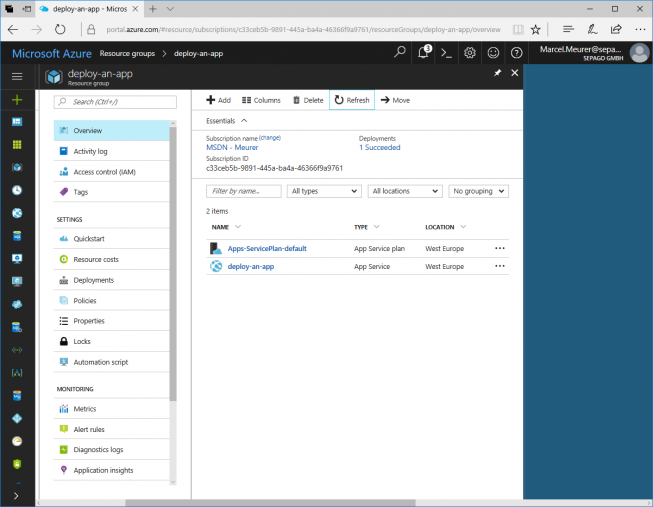 Configuration of the Azure Web App (save it): 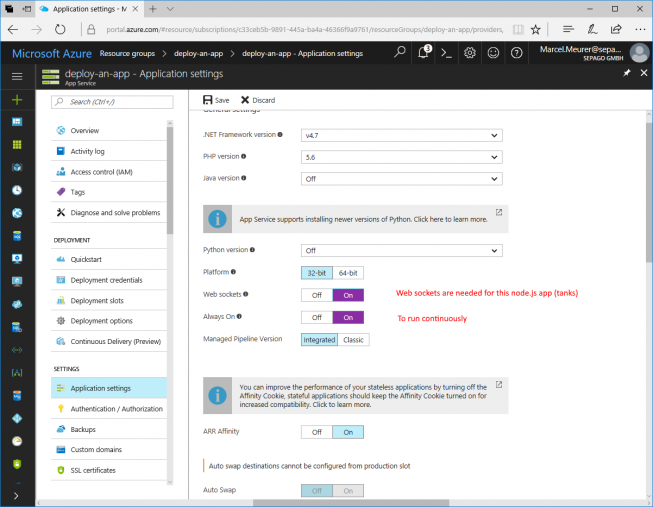 Get the publishing information (username and password) by downloading the profile: 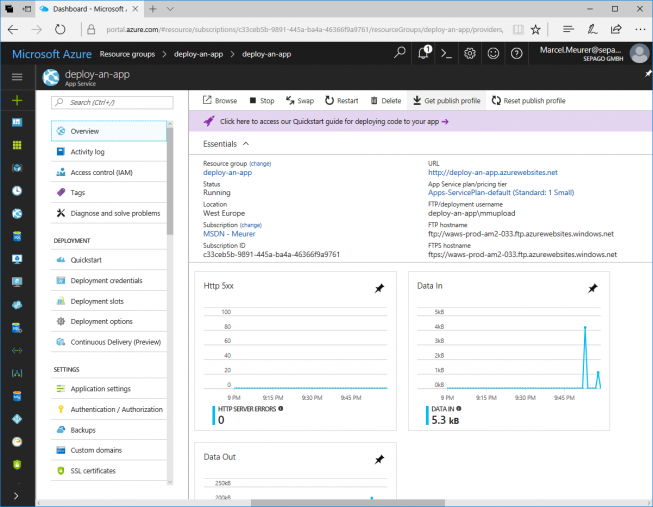 Write down the username, password and the web app url for later.

Extract the zip file from tanks to a folder, open a command line and navigate to this folder. At the very first time, you must install the packages and dependencies for the node.js application. Type:

To run the node.js application type:

The application starts and is accessible by this url: http://localhost:8082/

Upload the node.js application to the Azure Web App

In this post, I use git to manage the source code and upload it to Azure. I recommend learning how to use git. It’s a very powerful tool. I only describe the necessary steps here.

Add the files and directories to your local repository

Then commit all to git:

Add the web app as a remote repository (use your web app url and add scm after the host name):

Hint: Git ignores node_modules folder. The modules will be installed by the Azure Web App based on the dependencies listed in packages.json 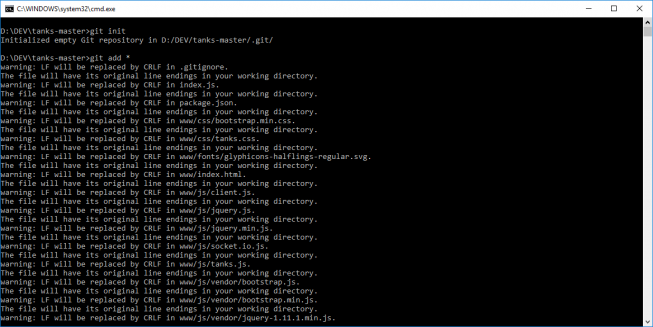 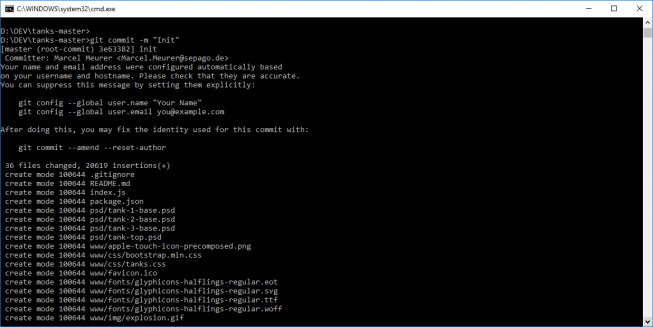 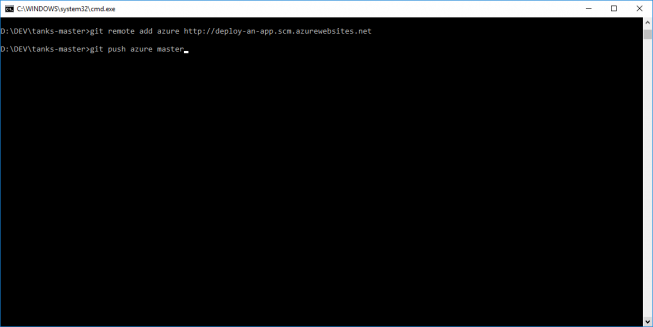 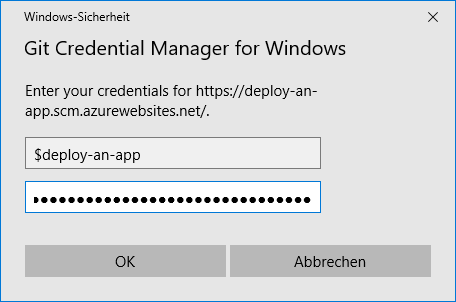 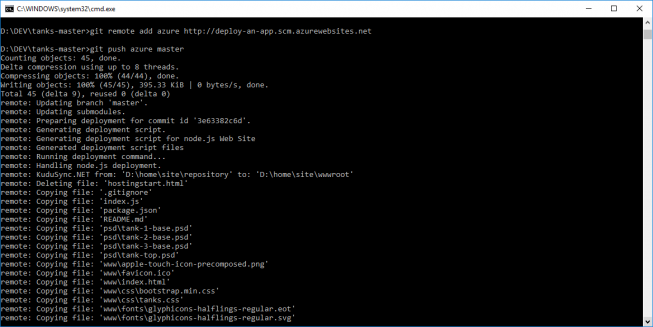 Your Azure Web App is now running your node.js application: 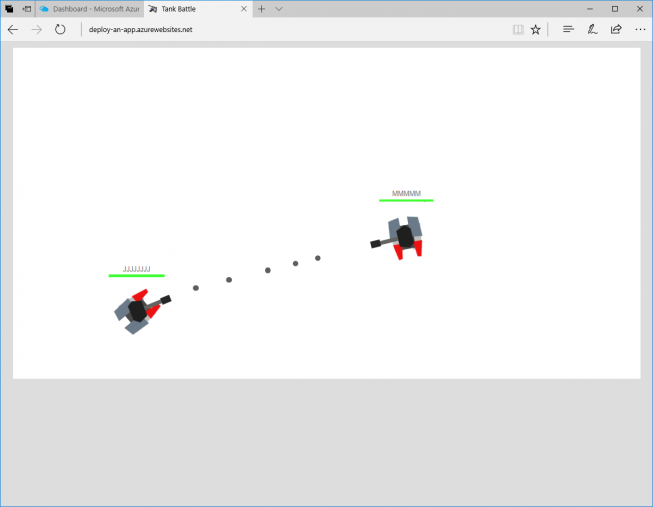 How to use http delete, put, head, connections, connect with an Azure Web App »